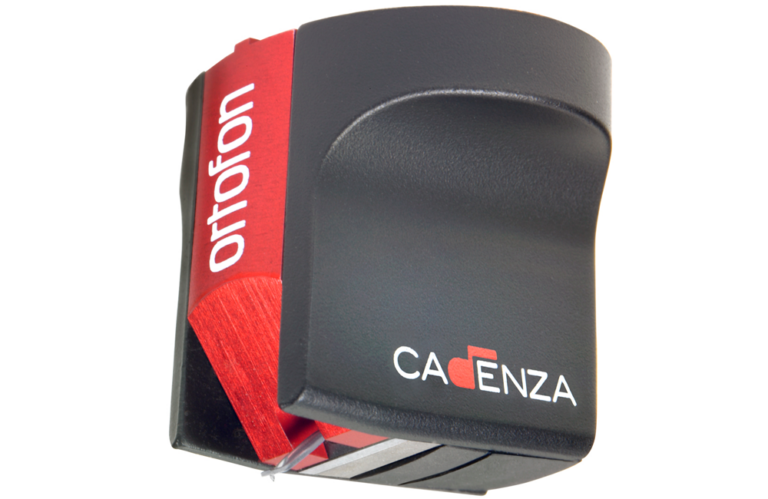 The sound picture of Cadenza Red is relaxed, homogeneous and moderately dynamic and have great space and depth in the stereo image.

The Cadenza Red model is using a Nude Fine Line stylus with a cylindrical aluminium cantilever. The stylus tip radius is r/R 8/40 µm.

An improved winding process on the armature allows a better channel balance.

At Ortofon we constantly look for new technology to be used in our products and push the performance of existing technology. Thus we assure the highest level of performance and quality. The Kontrapunkt models and MC Jubilee became market standards and are among our most popular cartridges. Nevertheless Ortofon decided to develope a new cartridge series that is even more ambitious.

By carefully implementing cobalt-iron pole pieces, new improved winding process on the armature, using extruded aluminium housing in the models as well as other changes, we have been able to reveal new possibilities in performing the analogue information. It was also decided to make a more complete range of cartridges, which meant an introduction of a moving coil Cadenza Mono model to support our customers, who have an extended interest in micro groove mono records.

Each of the five Cadenza Series cartridges has its own individual sonic expression, and all five models together represent the ensemble of five classic variations: